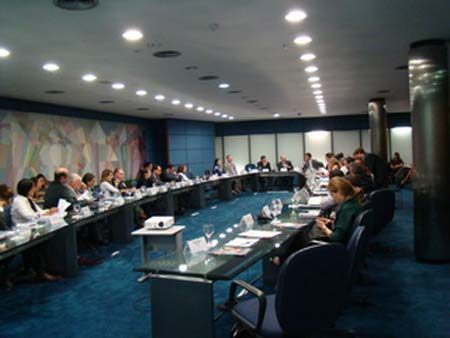 A Forum of Federations supported colloquium on "Decentralized International Cooperation: Legal and Institutional Mechanisms,” organized by the Secretariat of Institutional Relations of the Brazilian Presidency, took place on October 10 and 11 in Brasilia, Brazil.

The colloquium was attended by officials of the Brazilian federal government ministries and agencies, as well as representatives of Brazil’s states and municipalities. Five academics, one Brazilian, two Argentinean, one Spanish and one Canadian, discussed the constitutional, legal and intergovernmental contexts in which constituent diplomacy, the foreign relations of provinces, states and regions of federal countries, takes place in the respective national contexts. 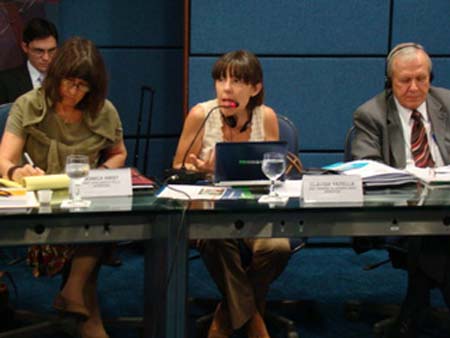 Professor Claudia Gasol Varella of the University of Buenos Aires and Professor Hans J. Michelmann, of the University of Saskatchewan, two of the five academics, represented the Forum of Federations. Professor Michelmann, while focusing primarily on Canada, spoke also about constituent diplomacy in Germany and Belgium. Representatives of the three Brazilian orders of government engaged the academics and each other in lively and wide-ranging discussions, providing accounts of their, what are somewhat limited, though varying, experiences with constituent diplomacy. They expressed a strongly perceived need for increased international activity in the context of a thriving and increasingly internationally engaged Brazilian economy and society, and called for a well-functioning, clearly conceived constitutional and legal framework in which Brazilian states and cities can become more active on the international stage. The colloquium was a useful point of departure in the quest of fulfilling this need.