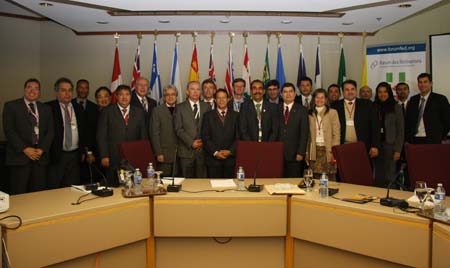 The Forum of Federations in cooperation with the Fiscal Forum of the Brazilian States (FFBS) and the Council of Secretaries of Finance (CONFAZ) hosted a mission to Canada on the 11-14 of October for 20 finance ministers from the Brazilian states. The FFBS is a Brazilian initiative which aims to promote actions and activities to improve fiscal federal relations and regional inequalities. Senior delegates from the finance ministry of the Brazilian states, Brazil’s Under-Secretariat of Federative Affairs of the Presidency and the federal school of public finance administration (ESAF) also participated in the mission.

The focus was to study Canada’s Federal and Provincial fiscal and tax administration system and to add substance to the discussion in Brazil regarding their own fiscal and taxation system. Brazil is a partner country of the Forum.

The mission included two days of presentations in Ottawa and one day in Quebec City. 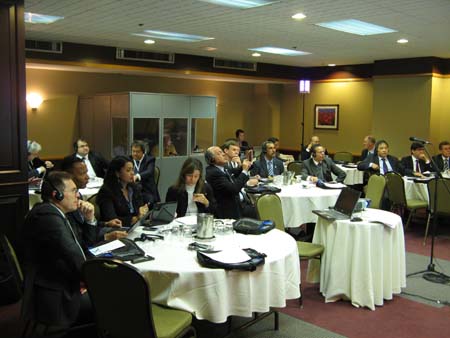 Day one of the mission

The first day was dedicated to an overview of Canada’s federal structure and fiscal federalism arrangements presented by Forum President Rupak Chattopadhyay and President Emeritus George Anderson. Presentations were also given on provincial examples and perspectives. 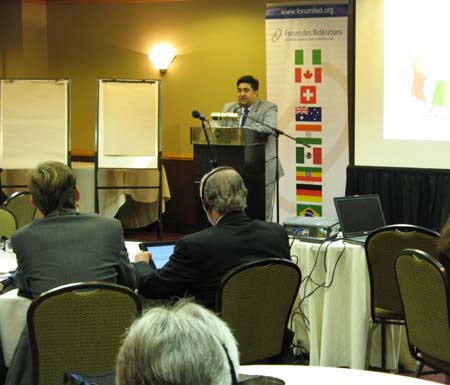 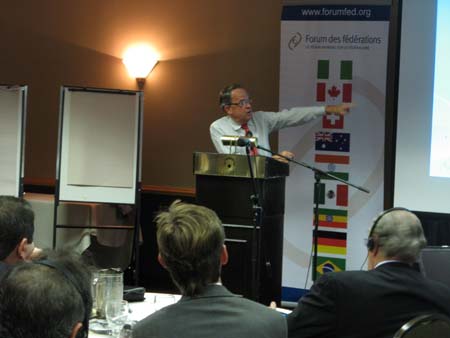 From the Province of Ontario, Almos Tassonyi, formerly with the Ontario Ministry of Finance gave an overview on the fiscal and taxation system in Ontario. 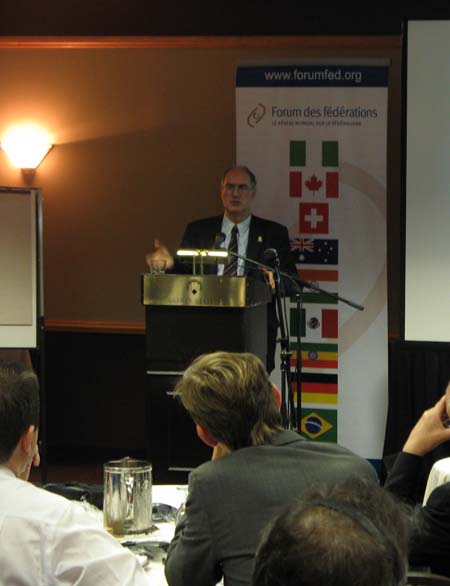 William Mackay, Senior Advisor on Intergovernmental Relations from Nunavut, a federal territory of Canada. Who’s presentation to the delegation was on « Fiscal Federalism in Nunavut ». 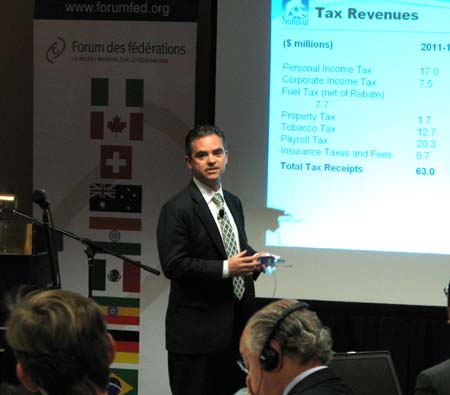 Mr. William Mackay Senior Advisor on Intergovernmental Relations from the province of Nunavut

On the second day the mission was received by the Federal government. The Department of Finance Tax Policy Branch, Federal-Provincial Relations and Social Policy Branch, Excise and GST/HST Rulings Directorate, Economic and Fiscal Policy Branch and the Canada Revenue Agency gave presentations on the following themes: 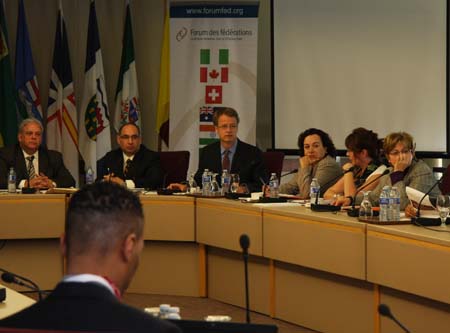 The final day of the mission was spent in Quebec City where the Quebec government hosted a full day of presentations. The delegation was welcomed by Madame Suzanne Levesque , secrÃ©taire adjointe SecrÃ©tariat aux affaires intergouvernementales canadiennes, ministÃ¨re du Consiel exÃ©cutif. 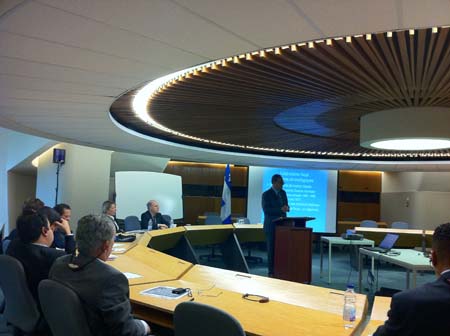 The Quebec government gave presentations on the following issues: