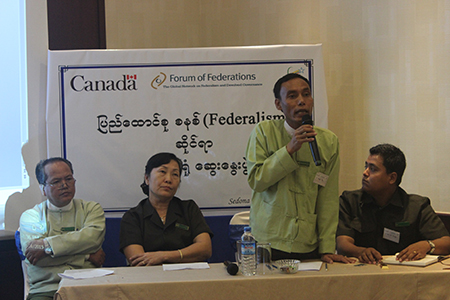 As part of its federalism capacity building program in Myanmar/Burma, funded by the Government of Canada, the Forum in cooperation with one if its local partners, Myanmar EGRESS, organized two intensive trainings workshops in Mandalay. The two workshops were organized from 21 to 23 September and 24 to 26 September 2015. Dr Sandeep Shastri, Senior Fellow of the Forum and Dr Francis KW Loh, Professor of Political Science, Penang, Malaysia were the resource persons for the Workshop. 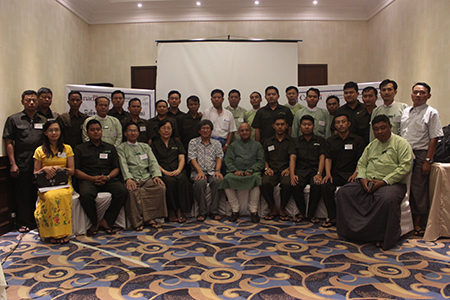 The first Workshop from 21 to 23 September was organized for political leaders in the Mandalay region, one of Myanmar’s 14 subnational units. The workshop had 30 participants all of whom were either members of the state legislature or candidates in the upcoming national elections to be held on November 8, 2015. 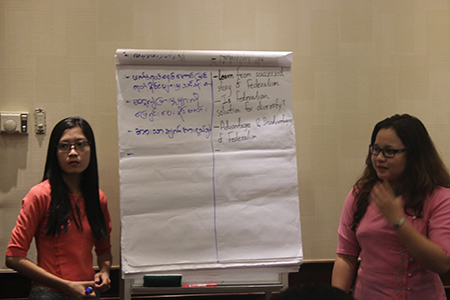 The Second workshop from 24 to 26 September was organized for senior government officials in the Mandalay region. Around 30 officers of the rank of Director, Deputy Director and Assistant Director participated in the workshop. 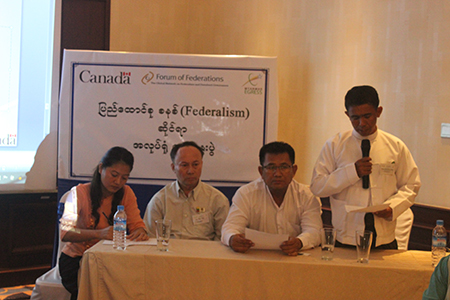 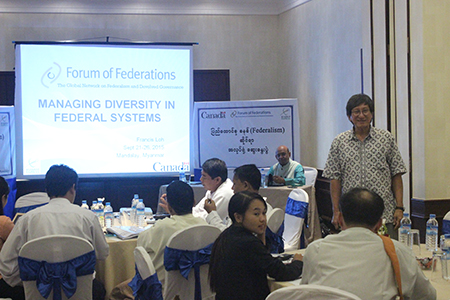 The federalism capacity building program in Myanmar/Burma is funded by the Government of Canada. 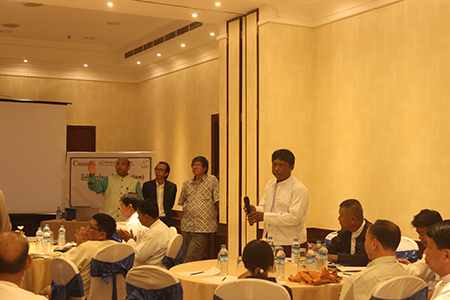