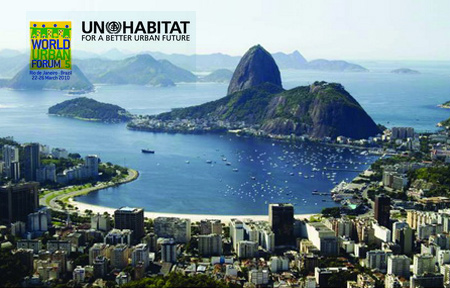 Considering that most of the world’s metropolitan regions are divided and fragmented territories, many of them lack the processes to prevent the exclusion and marginalization of the poor.

To help overcome these problems, the Forum of Federations and its Brazilian partner institutions organized a networking event at the World Urban Forum in Rio de Janeiro titled Management of Metropolitan Regions: National and International Experiences, Advances and Challenges.

The Forum’s experts from South Africa, India, Australia and the United States shared their experiences and findings on the challenges of managing municipalities, many of them in areas where poor residents from the countryside flock to the biggest cities without adequate housing, transport, jobs or services for newcomers.

The event was held March 24, 2010, in Rio. It was part of the 5th United Nations World Urban Forum. A roundtable was held the following day to continue the discussion and sharing of ideas.

The co-organizers with the Forum were the Under Secretariat for Federative Affairs of the Secretariat of Institutional Relations of the Presidency of the Republic of Brazil; the Ministry of Cities; the National Forum of Metropolitan Entities; the National Front of Mayors; the Metropolitan Agency of Belo Horizonte, the Bigger Recife Transportation Consortium, the International Union of Public Transport, the Observatory of Metropolis, and the Caixa Economica Federal. Other partner institutions were the Inter-American Development Bank and the Ministry of Social Development of Mexico.

On March, 25, 2010, the debate which had begun at the World Urban Forum continued in a roundtable composed of experts from Australia, Brazil, Germany, India, South Africa and the United States. Participants there explored the topic of managing metropolitan regions in greater depth, comparing experiences.

Most agree that the search for co-operative solutions between cities within metropolitan regions is fundamental for socially inclusive, viable urban planning. At the same time, it implies an immense governance effort that involves all levels of governments and societies. The object of such an exercise is to create a culture of co-operation that counters the logic of competition.

The roundtable participants discussed their countries’ experience in the management of metropolitan areas, and forms co-operation and co-ordination among constituent units in federal countries. They also shared their successful experiences and solutions in coping with the problems caused by a lack of co-ordinated or joint action in urban metropolitan regions. It is generally agreed that this debate is crucial for managing large cities, especially in developing countries.

The Forum arranged for the following experts to participate in the roundtable: