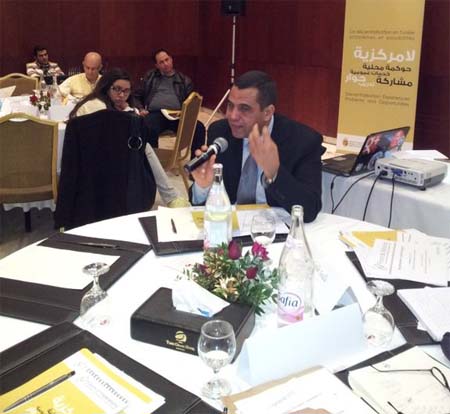 Above Minister M. Jameldine Gharbi speaks at the forum held in Tunis on Feb 5-6th, 2013

Tunisia has a critical part to play in social and political development across the Middle East and North Africa region in forging a path to a democratic society. Decentralisation is a major theme in that progress, and the Forum has been supporting decentralisation in Tunisia through a series of events and activities in recent months. Most notable was a Conference on the Role of Civil Society in a Decentralised Tunisia held in Tunis on 5th and 6th February 2013.

The conference brought together some 30 members of civil society from across Tunisia and from a wide range of organisations. These included the major trade union and business federations (UGTT and UTTICA), women’s’ groups, development associations, organisations devoted to financial transparency and fighting corruption, and many others. It also included key officials from the Ministry of Regional Development and Planning, which sponsored the event. 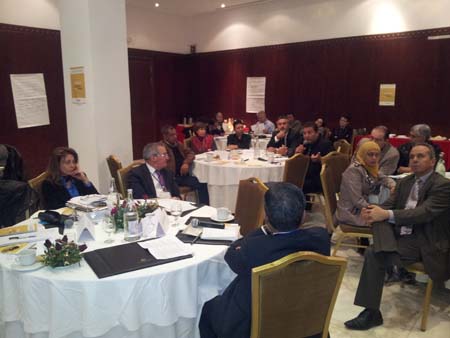 Participants at the forum
The conference was opened by His Excellency Sebastien Beaulieu, the Canadian Ambassador to Tunisia. A substantial keynote presentation was given by the Minister M. Jameldine Gharbi who set out the fundamental link between decentralization and regional development, and also the role of decentralisation in helping to put down deeper roots for Tunisian democracy. International experts Professor Balveer Arora, Chairman of the Centre for Multilevel Federalism of New Delhi and Dr Leslie Seidle, Senior Program Advisor of the Forum, gave a series of presentations on aspects of decentralisation to stimulate and inform the conference. 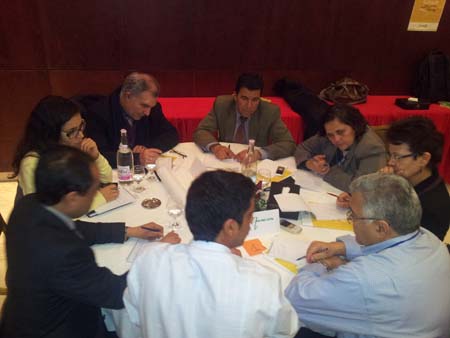 Participants engaged in both plenary discussion and small group debates, and a number of them also contributed presentations on the role of their own organisation in the decentralisation process. The event provided a good opportunity both for learning and networking.

The conference was led in Tunisia by Dr Clive Grace, Senior Advisor to the Forum. The Centre for Applied Training in Tunis provided in-country logistical support through its Director Chema Gagouri who also acted throughout as the conference moderator, and Ahmed Hamza.