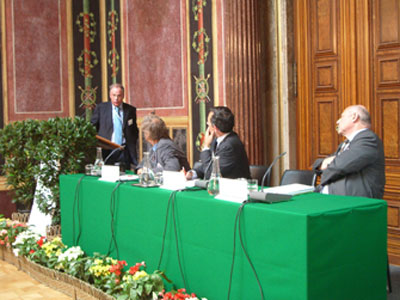 The Forum of Federations, together with the Institut fÃ¼r FÃ¶deralismus (Innsbruck), organized a two day high-level conference in Vienna on Sept. 19-20, 2007, on managing constitutional reform.

The aim of the conference, which took place in the Austrian Parliament, was to examine successful state reforms in Canada, Germany, Italy and Switzerland in order to draw conclusions with regard to the planned state reform in Austria.