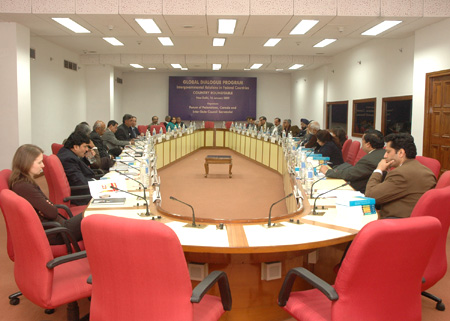 Academics, practitioners and members of civil society from across India gathered in New Delhi recently to explore the issue of intergovernmental relations in India.

Roundtable participants were particularly interested in how federal bodies in India could become more inclusive, interactive and accountable given increasingly pressing issues such as political diversity, threats to human survival and climate change.

Participants noted that informal executive federalism, the practice of the prime minister getting together with the first minister of each state, has become common practice in India. They emphasized the importance of using formal mechanisms as well.

Experts described how public-private partnerships in India have become an important new method of ensuring development and government service delivery. Civil society organizations have also entered into partnerships with government. At the same time, new international social movements and NGOs have also sprung up alongside globalized businesses.

India’s second house of parliament, called the Rajya Sabha (House of States), represents state legislatures in India. Participants noted that as an indirectly elected body, the Rajya Sabha can only veto constitutional amendments, and there is no formal process for compromise on such amendments through a joint session with the Lok Sabha, the first house of parliament.

The workshop participants concluded that transfers of tax money from the federal government to the states – through India’s Finance Commission – has become the most popular tool of fiscal federalism. Participants noted the tension in this process between poorer states who want more tax money to compensate for lack of resources and the richer states, who want more tax money as a reward for better fiscal management.