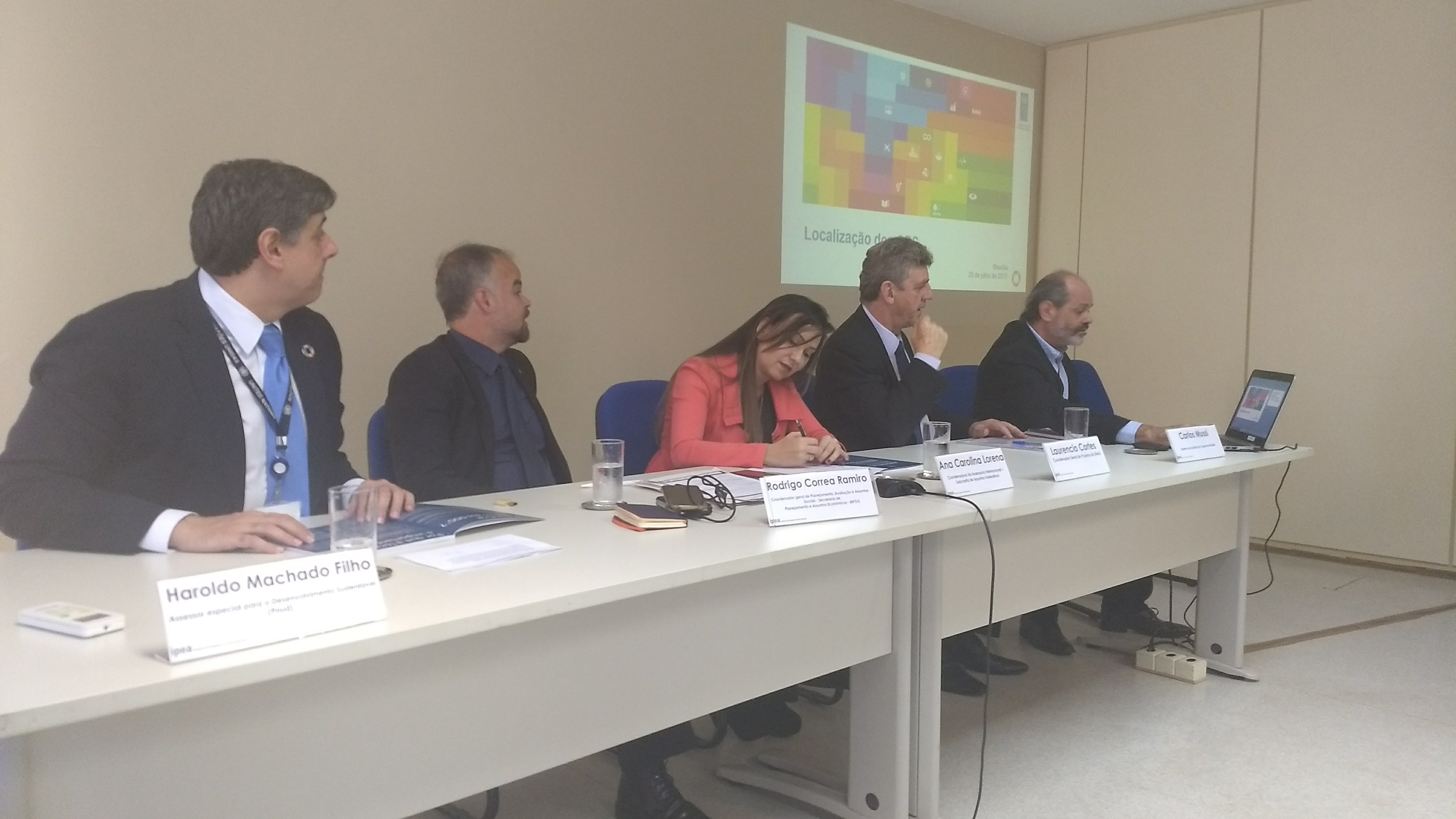 The workshop, organized and supported by the Institute for Applied Economic Research (IPEA), the National Secretariat for Federative Affairs (SAF), linked to the National Secretariat of the Brazilian Presidency (SEGOV), the Forum of Federations, and the Economic Commission for Latin America (CEPAL), took place on the 20th of July 2017 in Brasilia. Four panels were composed of representatives from federal, state and municipal governments, in addition to several state, local and international associations, and institutions. The main objective of the workshop was to analyze whether, in federal countries, the effective implementation of the 2030 Agenda and the Sustainable Development Goals (SDGs) depends on new and different political and institutional arrangements, namely as it regards coordination and cooperation among federated entities. Three specific topics were discussed: 1) the interplay between federal governance and 2030 Agenda and SDGs; 2) how to adapt or develop planning and coordination amongst the different tiers of government for the implementation of the Agenda and SDGs; and 3) how mechanisms of implementation and/or financing of the Agenda should be divided amongst the various levels of government.

The first panel was opened by representatives of the organizing institutions. The acting Head of IPEA and Director of the Institutional Development Department, Rogerio Boueri, stressed the need for the federal government to seek sustainable development with support and cooperation of the units of the federation. Constantino Mendes, General Coordinator of the Working Group of Federalism at IPEA and Regional Director of the Brazil Office of the Forum of Federations, outlined the objectives and topics of the workshop, stressing the need of new federal arrangements to implement the 2030 Agenda and reach the SDGs. Ana Carolina Lorena, Special Advisor from SAF and the Forum of Federations Board member for Brazil, discussed the role of the federal government as coordinating entity of public policies in reaching the SDGs. Finally, Carlos Mussi, Director of CEPAL’s Brazil office, talked about the need for Latin American countries, especially the federal ones, to share experiences.

The second panel was composed of representatives from the National Secretariat of Social Articulation (SAS), linked to SEGOV; Ministry of Planning, Development and Management (MPDG); the United Nations Development Program (UNDP); and CEPAL. Laurencio Korbes from the SAS affirmed that Brazil managed to develop a national planning to implement the 2030 Agenda and SDGs efficiently. “We have to know where Brazil is situated in terms of goals, evaluating and reshaping the national indicators aligned with the public policies”, he declared. The General Coordinator from the Economic Affairs of the MPDM, Rodrigo Correa, showed 169 federal programs linked with the 17 SDGs, aligned with the Federal Multiannual Plan. Haroldo Machado, UNDP’s special assistant for sustainable development, considered the SDGs an important tool for understanding what the governments want to achieve in international context. Finally, Carlos Mussi from CEPAL talked about the challenges in creating indicators to analyze public policy implementation and social demands. The main proposal presented by this panel was to create a federative chamber that would deal with the SDGs, parallel to the sectorial chambers established by the federal government.

The third panel was made up of the three main municipal associations in Brazil: Brazilian Municipal Association (ABM), National Confederation of Municipalities (CNM) and National Federation of Mayors (FNP), in addition to two local representatives. The panel discussed municipal and sectorial experiences integrating public policies in federal and local context and sustainable development goals.

The panel also discussed two local experiences of taking the SDG goals and objectives as a basis for designing the municipal governments’ plans. These experiences were considered essential reference for other Brazilian municipalities. The mayor of Ribeirao Preto, Duarte Nogueira, presented his government’s planning and the main results of recently implemented public policies. The presentation by Carolina Freire Lima, sustainable development assistant of the municipality of Jaguariuna, presented several instruments used to attain the goals of the local multiannual plan. Jaguariuna won a United Nations award after eradicating infant mortality, thus achieving the Millennium Development Goals. The 2020 Goals Program of Jaguariuna is based on the indicators of the 12 axis of the Sustainable Cities Program, integrated with the 17 SDGs. “Each axis is linked with each one or more SDGs and one or more goals of SDGs”, pointed out Carolina. The main outcome of this panel was a proposal to create a municipal data observatory and mechanisms for local technical assistance that would consider the specific municipal capabilities to implement the 2030 Agenda and the creation of federal arrangements to support the implementation of the Agenda.

In addition, two presentations by researchers from the IPEA’s Working Group on Federalism, Herton Ellery and Mauro Oddo, showed data related with the national education plan and small and medium size enterprises. The first showed the relationships between federative units and different levels of education (basic, intermediate, and superior). The second presentation showed the role of small and medium enterprises in terms of employment and income, directly related with sustainable development goals.

Finally, the fourth panel focused on “Federalism and the SDG mechanisms of implementation and financing”. This panel was composed of representatives from the Ministry of Finance of Brazil, the National Secretariat of Finance Council (CONSEFAZ), the Fiscal Forum of the Brazilian States, and the Argentinian Federal Council of Fiscal Responsibility, represented by its coordinator Patricia Farah. The main subjects discussed were fiscal responsibility laws in Brazil and Argentina, federal and state governments’ fiscal and financial capabilities, expenditures evaluation, and efficiency in public services provision. The representative from CONSEFAZ proposed a federative fund for social security, capable of balancing Brazilian states deficits.

In conclusion, the workshop proposed several innovative instruments integrating new federalism arrangements and the 2030 Agenda and SDGs. The proposal to create a federalism chamber related with the SDGs, parallel to the sectorial chambers established by the federal government, could be considered the main result of the event. Brazil has created sectorial chambers for each of the SDG Goals, without a federalism component. The proposed chamber on federalism would discuss the 2030 Agenda and SDGs, taking into account federative arrangements.

Also, representatives from municipal associations stressed the importance of creating technical support and special instruments for weaker or poorer municipalities, in terms of administrative capabilities and fiscal and human resources. New federal arrangements for coordinating and integrating the levels of government were considered essential for implementing and reaching the main SDGs. Then, it is very important to establish a system for analyzing data and indicators to monitor progress and assess public policies related to the 2030 Agenda and the SDGs. Finally, it was considered essential to create a network of experts and institutions working together on integrated activities involving federalism, 2030 agenda, and SDGs. 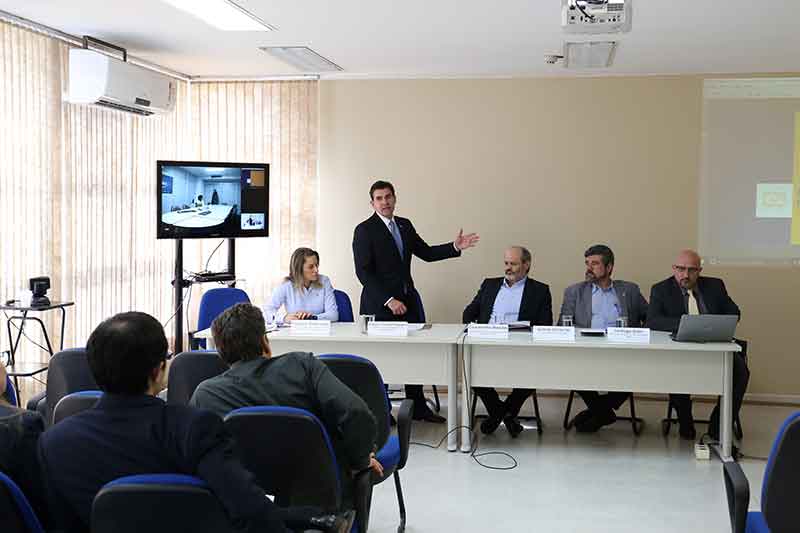