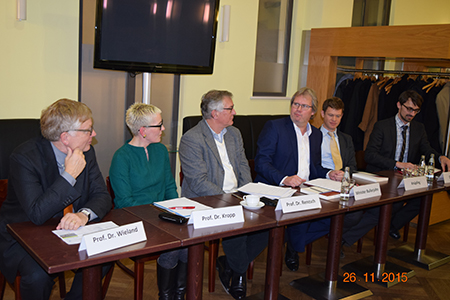 Members of the panel including Deputy Prime Minister and Finance Minister of Saxony-Anhalt, Jens Bullerjahn (third from the right) 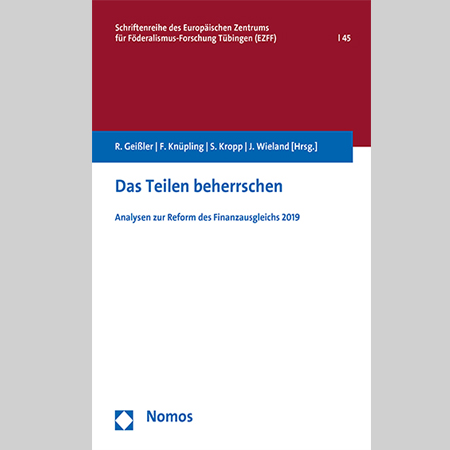 On the occasion of the launch of the book "Making Fiscal Equalization Work (Das Teilen beherrschen)” (http://www.nomos-shop.de/_assets/downloads/9783848718610_lese01.pdf) the Forum co-organized a workshop at the Representation of the Land of Saxony-Anhalt in Berlin. With the Deputy Prime Minister and Finance Minister of Saxony-Anhalt, Jens Bullerjahn, the editors of the book discussed challenges and opportunities of fiscal reform in Germany amidst the refugee crisis. The workshop was attended by 30 experts in the field of fiscal federalism, representing government, academia and think tanks.

In his remarks, Mr. Bullerjahn emphasized that any forthcoming reform will need to cope with the tension between solidarity and responsibility as well as between diversity and the norm of the "comparability of living standards across the country” as formulated in the Basic Law. "In doing so, future reforms will also have to reconsider the scope of public service delivery we have started reducing our public expenses in Saxony-Anhalt already”, so the Deputy Prime-Minister. 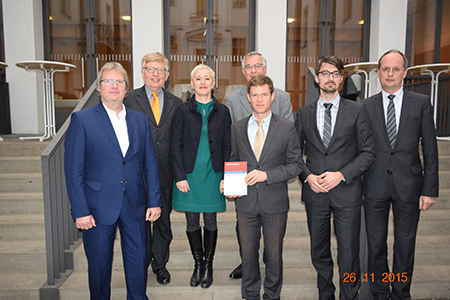 The book, co-edited by Felix KnÃ¼pling from the Forum, RenÃ© GeiÃŸler, Sabine Kropp and Joachim Wieland, is the product of a conference jointly organised by the Forum, the Free University Berlin, the German University of Administrative Sciences Speyer and the Bertelsmann Foundation in June 2014 in Berlin http://www.forumfed.org/en/events/event.php?id=907. This volume examines different reform options for Germany and their prospects for implementation from a political science, finance, economic as well as constitutional perspective. Thus, it contributes to a deeper understanding of federal financial relations. Finally, drawing on international examples of financial equalization schemes, similarities and differences compared to the German case are examined.