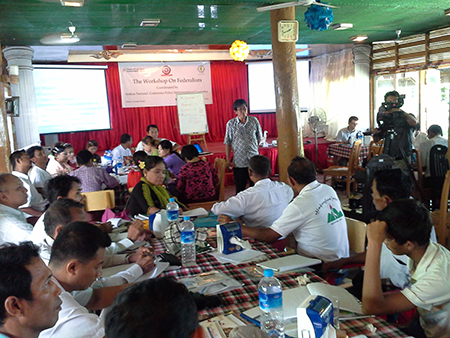 One of the workshops held in Myanmar/Burma.

After President Thein Sein became president in 2011 and initiated a process of democratic transition, Burma/Myanmar has made substantial progress. 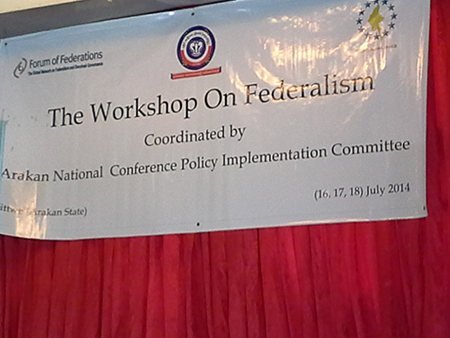 Among the key tasks for the political reform, reconciliation with the country’s many ethnic armed groups has been one of the most challenging. The ethnic groups have long aspired for the introduction of a federal system of governance in the country. Slowly, a nation-wide consensus is emerging that Burma/Myanmar indeed needs to establish federalism. However, there is a lack of knowledge and widespread misperception of concepts such as democracy and federalism.

As part of its work in Myanmar/Burma, the Forum recently implemented four intensive federalism training sessions in ethnic states. The four training sessions were funded by EBO Euro Burma Office which is one of the Forum’s local implementing partners. EBO was established to promote the development of democracy in Burma. It is the operations centre of Associates to Develop Democratic Burma, Inc (ADDB), which is a Canadian non-profit organization founded in 1990. 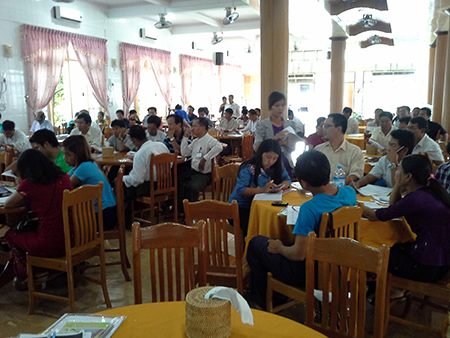 The four trainings took place in:

The primary objective of the Forum’s training sessions is to equip local leaders with the skills necessary to address governance issues related to federalism and decentralization. Participants in the four workshops included parliamentarians, state/regional government officials, political party leaders as well as civil society and media representatives. 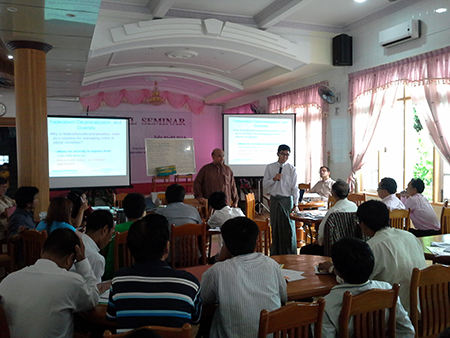 In the 2.5 day highly interactive sessions, participants were trained on issues such as basic concepts of federalism, constitutional reform, division of responsibilities in federal systems, accommodating diversity, fiscal federalism, the role of local government and natural resource management. The sessions were facilitated by a team of international experts, including Dr Sandeep Shastri (India), Mr Felix Knuepling from the Forum of Federations, Dr. Mario Koelling (Spain) and Dr Francis K W Loh (Malaysia).