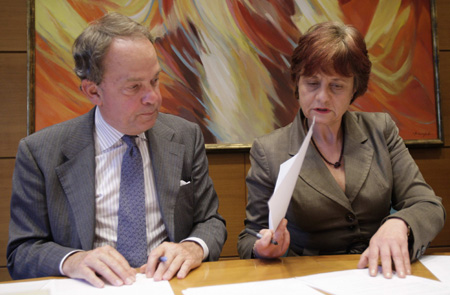 The Forum of Federations recently signed a Memorandum of Understanding (MOU) with the Centre for Constitutional and Political Studies in Madrid.

The agreement states that the Forum and the centre undertake to work closely together on various issues related to the process of federalization in Spain.

The Madrid-based Centre for Political and Constitutional Studies is linked directly to the Spanish Ministry of the Presidency. The centre’s mission is to foster analysis of national and international political, constitutional and administrative systems.

It pays particular attention to questions related to Spanish law and to Latin American institutions and their relations to Europe. The centre’s current inter-disciplinary research programs focus on territorial structure and federalism, democratization, the rule of law and constitutional reform, immigration, gender issues and the EU with a particular emphasis on EU constitutional matters.

The centre operates the most important publishing house in the Spanish-speaking world, a press which specializes in constitutional law and political science. It has a library of 80,000 volumes, and it is open to the general public.

The signing took place on Oct. 26, 2009 between Forum President George Anderson and Prof. Paloma Biglino Campos, the director of the Constitutional centre. It occurred at the margins of a Forum conference on fiscal federalism in Zaragoza, Spain.

The centre is the Forum’s fourth Spanish liaison partner. The other three are the Gimemez Abad Foundation for the Study of Parliaments and Autonomous Status, based in Zaragoza; the Institut d’Estudis AutonÃ²mics, of Barcelona; and the Madrid-based Instituto de Derecho PÃºblico Comparado.