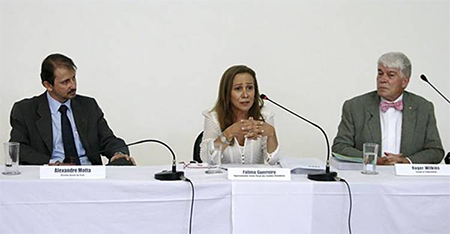 (L-R) Alexandre Motta, Director of ESAF, Fatima Guerreiro, representative of FBBS and Roger Wilkins, Board member of the Forum of Federations.

The Fiscal Forum of the Brazilian States (FBBS) inaugurated on 14 April 2015 its next Program of Studies at the Federal School of Tax Administration (ESAF) in Brasilia. More than hundred civil servants working in the fiscal field from the Brazilian states attended the opening.

The group was welcomed by the Director of ESAF, Alexandre Motta, who was followed by the representative of FBBS Fatima Guerreiro. Ms. Guerreiro praised the top quality of the research team involved in the Program. She also recalled the initiation of FBBSÂ´ activities in 2004 in cooperation with the Getulio Vargas Foundation and stressed that the Program had significant gains of efficiency since the 2010, when it was transferred to ESAF. The Forum of Federations was closely involved in the FBBS’ activities for a number of years since its creation in 2004, when the Forum provided best practices from different federal countries on a number of aspect of fiscal federalism covered by the Program. 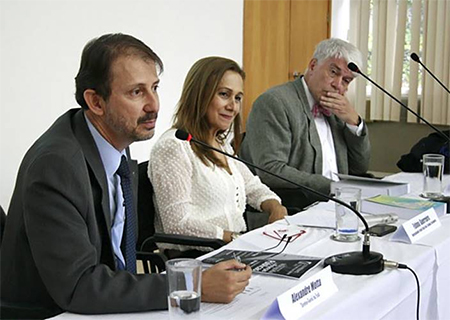 The opening was also attended by Roger Wilkins, Board member of the Forum of Federations, and expert in fiscal federalism. Mr. Wilkins reminded that an important aspect of the Program is that it provides participants a thorough and critical look at the Brazilian tax and financial issues.

The 2015 Program will be composed of six study groups: Tax Administration, StateÂ´s Revenue Performance Analysis, Forecast of State Revenues, Accounting Applied to the Public Sector, Security Systems and Public Expenditure Efficiency. Three more meetings will be based at ESAF in Brasilia. The Moodle platform is the main tool for communication and information sharing among the researchers of the FBBS-ESAF program.