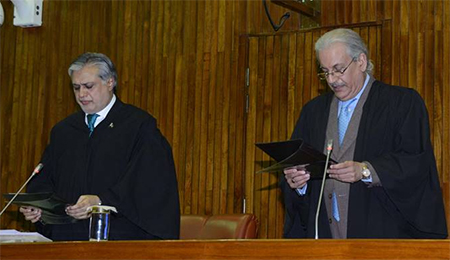 He is a six time Senator representing the province of Sindh. Senator Rabbani served as the Chairman of the Senate standing committee on National Security and Constitutional reforms, between 2008 and 2013 and was responsible for the drafting of the 18th amendment to the constitution. The amendment changed Pakistan from a semi-presidential to a parliamentary system, while deepening the federalism in the country. Senator Rabbani is a lawyer and constitutional scholar, and is a Deputy Secretary General of the Pakistan People’s Party. He was elected to the Forum of Federations board of directors in 2012.