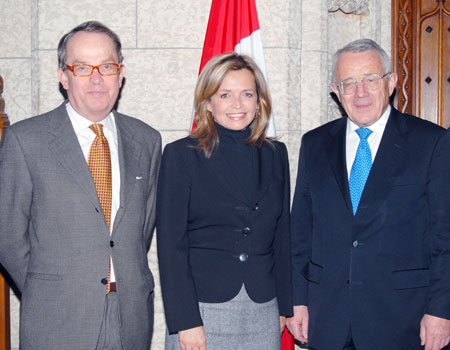 Dr. Arnold Koller, the chairman of the Forum of Federations and a former President of Switzerland, was in Ottawa recently to meet with Canadian government officials and to attend other Forum functions.

The purpose of the meetings was to discuss the Forum’s accomplishments and its future plans.

Dr. Koller was also recognized in the Speaker’s Gallery during Question Period at the Canadian House of Commons on Feb. 26.

His visit to Canada took place from Feb. 25 Feb. 27, 2009, during which he also chaired the Forum’s semi-annual board meeting and attended committee meetings.