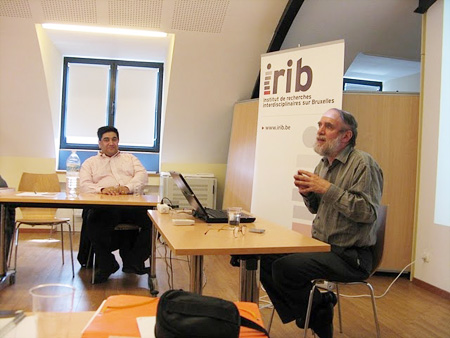 The Forum in partnership with the FacultÃ©s universitaires Saint-Louis in Brussels, recently held a half-day seminar on the finance and governance of capital cities.

The event was geared towards an academic audience and is based on the Forum’s recent publication titled the Finance and Governance of Capital Cities in Federal Systems.

Discussions were based on three main presentations by: