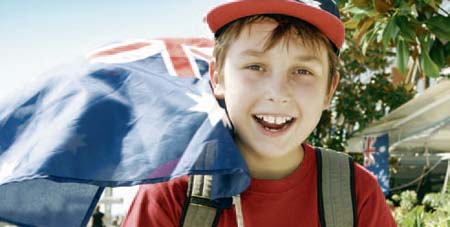 The Forum has submitted a discussion paper to the Expert Panel on the question of the recognition of Local Government in the Constitution of Australia, authored by Nico Steytler, Community Law Centre, Cape Town (South Africa). Australia is one of the Forum’s partner countries.

"It has long been the wish of local councils throughout Australia, and the policy of a number of parties and political leaders, that local government be recognised in our founding political and legal document” stated the Honourable James Spigelman AC QC, who heads the expert Panel appointed in June 2011.

The Panel is considering question such as:
â€¢ the level of support for constitutional recognition of local government, and
â€¢ the various forms that such recognition could take, together with the advantages and disadvantages of different options.

In its effort to contribute to this discussion to determine whether and how this should be done, the Forum commissioned Nico Steytler to write a discussion paper for the Expert Panel. This paper is based on the Forum’s work on local government, particularly in the framework of Global Dialogue Theme 6 "Local Government and Metropolitan Regions in Federal Systems”. The commentary offers an international perspective on the issues raised by the Expert Panel in its Public Discussion Paper and represents the personal opinion of the author.

This perspective is presented in two parts. The first gives a broad overview of the practice in federal systems of the constitutional recognition of local government. The second provides specific comments on the ideas on local government recognition in the Australian Constitution put forward by the Expert Panel. The author concludes that "[it] would seem that in line with international trends in constitutional reform, the Australian Constitution would be enriched and strengthened by explicit reflection of the relations between the three orders of government that have evolved over the years. Local government, although a creature of statute receiving limited recognition and protection in state constitutions, has emerged as an order of government that plays an integral part in the governance of Australia.”