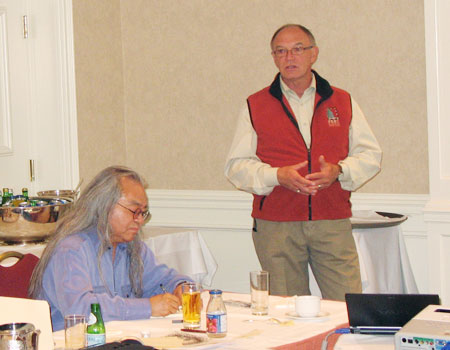 A working group of international experts recently convened in Vancouver to discuss and deliberate on how to reform Canada’s indigenous land title systems.

The event was organized by the Forum of Federations and the First Nations Tax Commission, with support from the Native Law Centre of Canada.

The working group is composed of international and Canadian experts. Their task is to review, critique and seek ways to improve Canada’s draft legislation on indigenous land title systems.

Participants also discussed methods of land tenure, responsible institutions and the division of federal and local power in their respective countries.

The session, which took place from Mar. 2 3, 2009, was the second held this year. At the previous meeting in Calgary from Feb. 23 25, participants were presented with the draft legislation.

The network of experts and practitioners will continue their participation in what will be a two-year land title program.