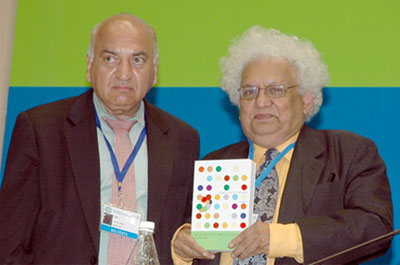 The Forum of Federations officially launched the fourth book in its Global Dialogue series, titled The Practice of Fiscal Federalism: Comparative Studies, at the Fourth International Conference on Federalism in New Delhi.

The book was launched by editor Anwar Shah, lead economist and program leader with the Public Sector Governance group at the World Bank Institute, and Meghnad Desai, founder and retired director of the Centre for the Study of Global Governance, London School of Economics, at the International Conference on Federalism on Nov. 6.

The book has been described as an invaluable tool for policy makers.
Ibobi Singh, Chief Minister of the state of Manipur, India, has said that the work ‘will be useful to anyone interested in learning more about how fiscal decentralization works.’

The book can be ordered through McGill-Queens University Press.