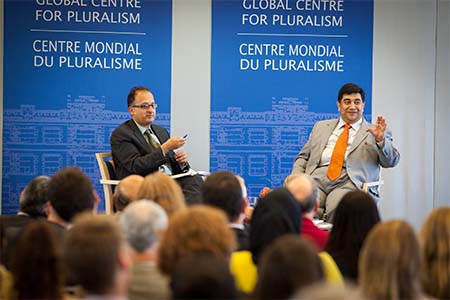 On October 3, 2013, Forum President Rupak Chattopadhyay moderated the annual Forum on Pluralism organized by the Global Centre for Pluralism in Ottawa. 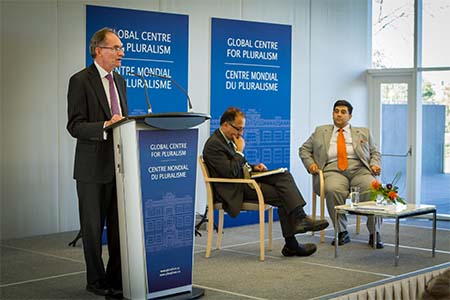 The panel entitled â€˜Group rights: cultural difference or economic and political power?’ was introduced by John McNee, Secretary General of the GCP, and featured a keynote presentation by leading constitutional scholar Sujit Choudhry (NYU Center for Constitutional Transitions). This was followed by a dialogue between the moderator and the presenter, and by questions from the audience, numbering over a hundred. 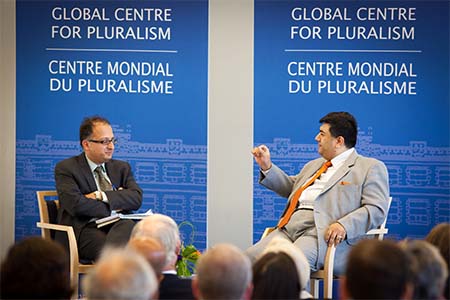 While group rights are usually understood in cultural terms as tools of cultural autonomy or cultural preservation, Sujit Choudhry argues that, in societies where ethnicity has become politicized, material rather than cultural concerns frequently motivate group rights claims. Although culture can be important, the main drivers of aggrieved groups tend to be more prosaic: greater access to jobs and equitable political participation. This view found some resonance in the work that the Forum has done over the years in divided societies. 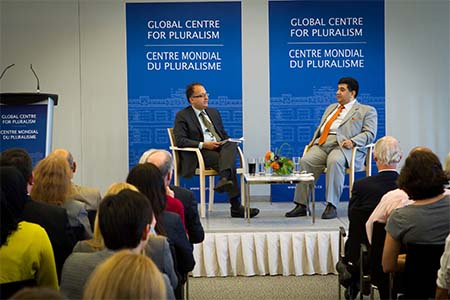 Videos can be found below:
http://pluralism.ca/index.php?option=com_content&view=article&id=254&Itemid=787