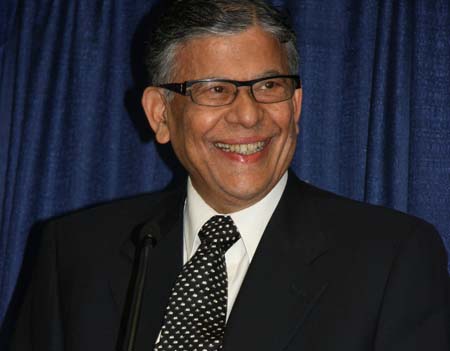 The President of India has conferred the Padma Vibhushan upon Dr Vijay Kelkar in recognition of his exceptional and distinguished service to the nation in the field of public affairs. This is India’s second highest civilian honour and only 264 awards have been made since it was instituted in 1954. In addition to being the chairman of the Forum of Federations, Dr. Kelkar is also currently chairman National Stock Exchange of India.