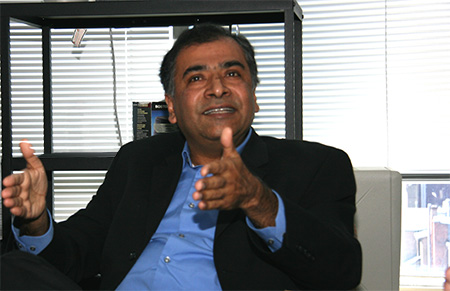 A U.S Air Force College professor told a Forum gathering on Sept. 10, 2010, that India’s security apparatus has to be modified and decentralized to meet the challenges of combating insurgencies and terrorism in a globalized world.

Prof. Amit Gupta said that “rather than focusing on building up forces” (at the federal level of government, “the focus should be on improving what exists at the state (provincial level).”

India is a vast multi-ethnic country, where terrorism is a constant threat and a common occurrence. On Oct. 26, 2008 about 170 people were killed in Mumbai by Islamic extremists from Pakistan.

India’s constitutional framers deliberately created a strong central government and weaker state governments in order to ensure the territorial integrity of the nation-state.

Prof Gupta, who teaches in the Department of International Security Studies at the USAF Air War College, in Alabama, said that India’s bureaucracy tends to resist change.

But for India to adapt to current challenges, “will require a changed mind set in India’s central government,” said the professor, which he said, ought to “provide more funds to improve training, morale, technology and transparency at the state level.”

Prof. Gupta spoke to an audience composed of officials from the government of Canada, from embassies in Ottawa and Forum staff members.

More recently, he has written about the domestic security dilemma of the Indian state.

His most recent book is titled Strategic Stability in Asia.