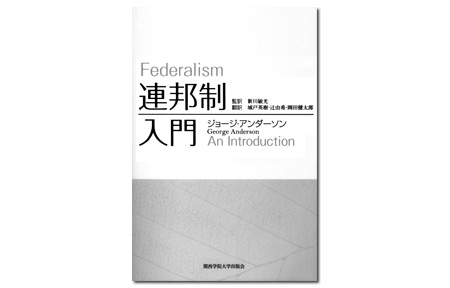 The Japanese translation of Federalism: An Introduction has been published.

Translations are underway into Sinhala, Sindhi, and Tamil.