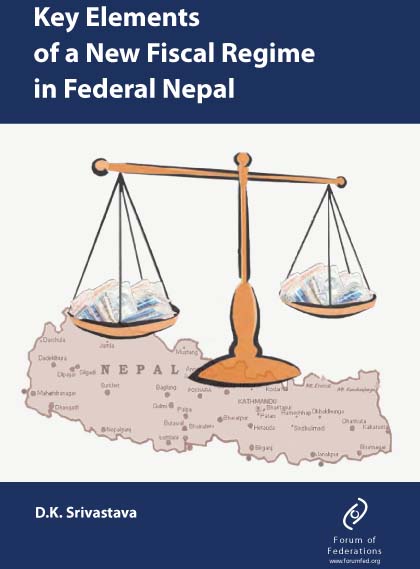 Key Elements of a New Fiscal Regime in Federal Nepal

Download the “Key Elements of a New Fiscal Regime in Federal Nepal” (PDF).

Nepal is undergoing a major transition toward introducing a system of democratic and federal governance. The transition toward fiscal federalism will have two interlinked phases: Phase 1 will consist of structural changes dealing with eorganization of the country into provinces, assignment of resources and responsibilities to the different tiers of government, and institutional arrangements for dealing with the emerging vertical and horizontal imbalances. In Phase 2, the design of fiscal transfers, administrative tructuring, issues of cooperation and coordination among provinces and between the centre and the provinces, and capacity building will need to be put in place.

The basic innovation in the fiscal order will be the delineation of provincial governments in terms of their geographical boundaries, responsibilities and resources. Given the present indications, we expect that both expenditures and revenue resources are likely to remain highly centralized, although there would be some reduction in the present degree of centralization. Given the assignment and egionally imbalanced spread of economic activities, there is likely to be a high degree of vertical and horizontal imbalance, at least in the medium term. These imbalances will need to be resolved by a mechanism of fiscal transfers. In this context, the recommendations of the Constituent Assembly Committee on Natural Resources, Economic Rights and Revenue Allocation for the Establishment of a Financial Commission and Natural Resources Commission will have a critical role to play. A good deal can be learned from the systems and methodology of transfers in well-established federal systems like those of Canada, Australia and India, among other countries. The success of the federal system of governance will depend not only on the successful delivery of public services such as defence, and merit services such as education and health, but also on laying the foundation for stronger and regionally better balanced economic growth. The key challenges will be to provide reasonably efficient provincial-level administration, create capacities in the Financial Commission and the Natural Resources Commission, and set up machinery for collection and compilation of data, the design of fiscal transfers, and mechanisms of inter-provincial and centreprovince cooperation and coordination.