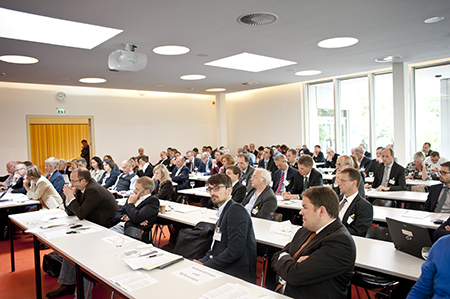 Experts from politics, academia and government gathered on 26-27 June 2014 in Berlin

Over a hundred experts from politics, academia and government gathered on 26-27 June 2014 in Berlin at a conference on fiscal policy "Knowing how to share- analyses of the fiscal equalisation scheme reform in 2019 in Germany”. 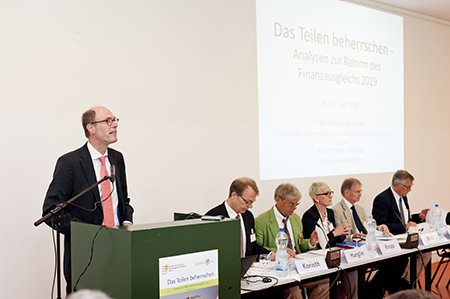 It was jointly organised by the Forum, the Free University Berlin, the German University of Administrative Sciences Speyer and the Bertelsmann Foundation. The focus of the conference was to discuss the pending reform of Germany’s fiscal equalisation system. 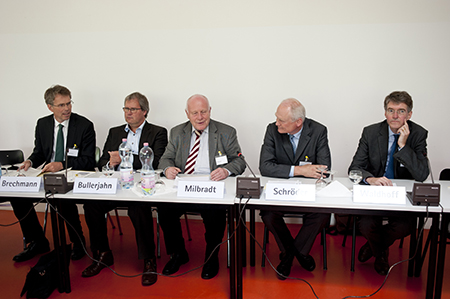 The three laws that make up Germany’s fiscal federalism are phasing out at the end of 2019. After the federal reforms I and II in 2006 and 2009 respectively, which only witnessed minor adjustments to the current system, the question now is how far the next reform will and should go. 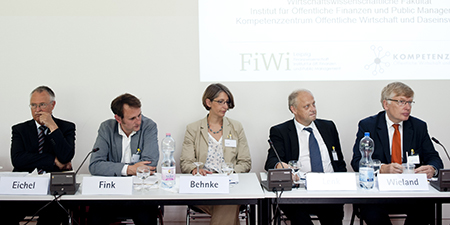 The conference was an opportunity for a large number of stakeholders to formulate their views and it provided a platform for German political analysts, experts and practitioners to discuss reform ideas and potential steps forward. The discussion was enriched by presentations on international experiences in the field. 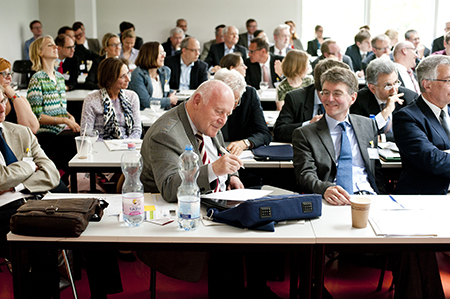 Over the course of two days five panels gave credit to the scope of the topic. The first three speakers encouraged the audience to reflect on the normative background of German fiscal federalism. Prof Dr Hueglin (Wilfrid Laurier University, Waterloo/Canada) emphasised the principle of solidarity, reminding the audience that the fiscal federalism is or should be about a fair distribution of common resources to ensure that, as stipulated in the German Basic Law, living conditions are comparable throughout Germany rather than securing one’s â€˜own share’. Prof Dr Benz (Technical University Darmstadt/Germany) gave insights to the Canadian, Australian and Swiss reform experiences and suggested the set up of an experts’ commission independent of political day-to-day interests to ensure the success of the German reform effort. In his role as a commentator Prof Dr Renzsch (University of Magdeburg/Germany) was the first to critically reflect on this suggestion which was picked up again in the subsequent discussions. From a legal perspective the fiscal equalization system was reviewed by Prof Korioth (Technical University Munich/Germany) in whose opinion the current system’s shortcomings should not distract from the fact that the system in general was a success story. Thus, adjustments, in his view, are desirable but no fundamental reform was needed. 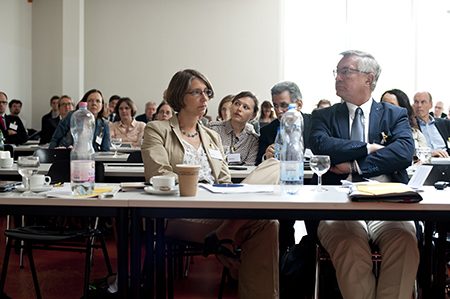 The subsequent discussion showed that a number of people are of the opposite opinion and consider the system in need of a comprehensive reform.

In the second panel hands-on reform proposals were put forward. Next to suggestions of possible adjustment measures to the status quo, two widely discussed rather radical reform proposals were presented. A working group around Mr Eichel, former German minister of finance, suggests a stronger redistribution to bolster the increasing discrepancies in social costs. Prof Dr Behnke (University of Konstanz/Germany) rather radically proposes to turn the logic of the current system on its head by distributing according to needs. By contrast, Prof Dr Lenk (University of Leipzig/Germany) considers the current system a good one as long as it is not changed into a needs-based one. Prof Dr Wieland (University Speyer/Germany) pointed at the key issues that the discussion on the extent and kind of reform of the fiscal equalization system necessarily brings up in a federal context question, such as more or less verticalisation and who is to pay for laws initiated by the federal level. He reminded the audience and the speakers alike to always keep in mind what the outcome of one’s ideas and decisions are for the people and not to overestimate the impact academia has on political practice, picking up a point Mr Eichel made earlier. Unsurprisingly the controversial content of this panel subsequently triggered a lot of debate. 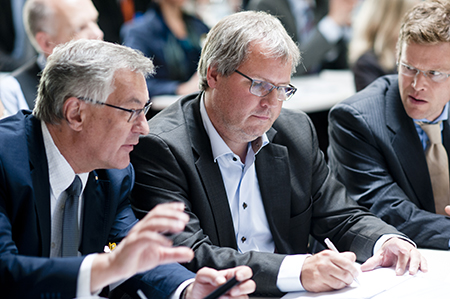 A lively discussion between political representatives of two contending LÃ¤nder (states) and the federal level marked the last panel of the first day. Hereby, the conflicts both on the vertical and on the horizontal level became apparent. Dr Brechmann (Head of division for legislation and law, Bavarian state chancellery), representing one of the donor states, Bavaria, explained their view on the system’s deficiencies, namely, giving wrong incentives and demanding an unfairly high share of the donor states. Mr Bullerjahn (finance minister, Saxony-Anhalt) representing Saxanoy-Anhalt, one of the recipient LÃ¤nder, countered this by pointing at the serious problems his Land faces and that granting them even less money would only further aggravate their situation.

Mr SchrÃ¶der (director-general, German Federal Ministry of Finance), representing the federal level emphasised that at the current stage everyone formulates maximum proposals but at the end of the day, according to the basic federal principle, a consensus has to be found. Prof Waldhoff (Humboldt University Berlin/Germany) brought up the question of what role the federal level should play in the debate. To his mind an adequate role would be the one of an arbiter. He also questioned if there was enough reform pressure for a comprehensive reform project.

The next day’s discussion was dedicated to what lessons can be learned from international experiences for the German fiscal equalization system. According to Dr BlÃ¶chliger (OECD Fiscal Relations Network, Paris/France) the international experience shows that it is the federal level that pays for fiscal equalisation. The focus should lie on the poor rather than on the rich states and there is a need for stabilisation. This last point was explained in further detail by Prof Dr Brosio (Turin/Italy) whose leitmotif was that if one is too ambitious one fails which he illustrated with the Italian experience. From Prof Dr Slack (Toronto/Canada) the audience learned that Australia’s and Canada’s income from local governments depends on property tax while in Germany it is income tax. In this regard, Prof Dr FÃ¤rber (University Speyer/Germany) is of the opinion that there is a need for tax sharing in Germany and that the income should be made up of three taxes: property tax, local business tax and local income tax. She also voiced her support for a comprehensive reform with new schemes for vertical equalisation instead of a reform restricted to the introduction of some new formulas. 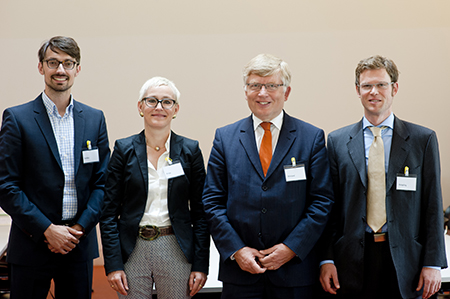 Prof Dr Ahmad (London School of Economics/Center for Development Research, University of Bonn/Germany), too, considers the failure of the 2006 reform a consequence of its piecemeal character which he compared with the more successful process in China. He warned of hidden liabilities and explained how, among others, a better information system can help to prevent them. The final comment of Dr Scheller (University Potsdam) raised the question of where the federal dimension comes in regarding stabilisation and stricter controls and what implications such mechanisms have on our democratic culture.

All in all, the conference showed that a wide range of opinions exist regarding the quality of the current system of fiscal equalisation in Germany and hence the extent to which it is in need of reform. Some prefer adjustments, others recommend a comprehensive reform. Participants felt that the conference made an important contribution to building of a bridge between theory and practice.

Backgrounder of the event