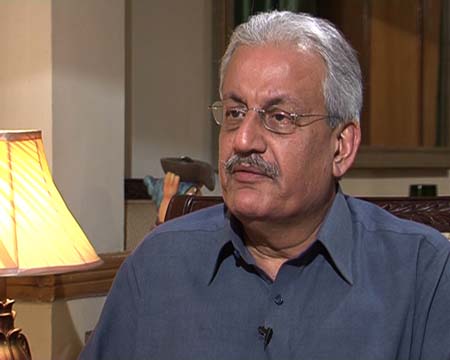 Senator Raza Rabbani during an interview with the Centre for Civic Education Pakistan.

Pakistan witnessed a â€˜negotiated Constitutional revolution’ in 2010 and the dividend is the first ever democratic devolution that aspires to convert country’s coercive federal experience into a cooperative one. The Architect of this process, Senator Raza Rabbani has emerged as an icon of political consensus and democratic reconciliation. The Charter of Democracy (May 2006) provided initial impetus for change. Senator Raza Rabbani was one of its four authors. A multi-party Parliamentary Committee on Constitutional Reforms hammered out agreement on many contentious issues to cleanse the Constitution of aberrations incorporated by military dictators. End result was unanimous adoption of the 18th Amendment. He chaired this process. 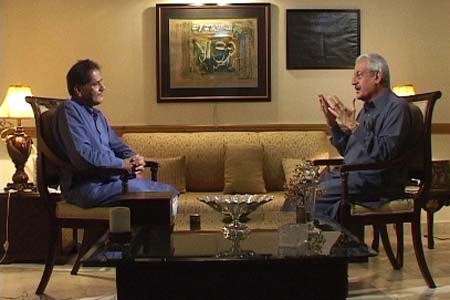 A miracle happened on June 30, 2011 when first-ever Constitutional deadline was adhered to in Pakistan and the provinces got what was due since long. He spearheaded this historic change. The chairman of National Organization of the Progressive Students at the time of the creation of 1973 Constitution will be respected by his fellow citizens for correcting, democratizing and federalizing this social contract between the citizens and the state.

Besides the 18th Constitutional Amendment, Senator Raza Rabbani’s distinguished contributions during the current democratic dispensation includes, cobbling-up of "Aghaz-e-Haqooq-e-Balochistan Package” to bring the alienated province back into mainstream. As chairperson of Parliamentary Committee on National Security he has been instrumental in the adoption of a 14-point joint resolution of the Parliament and subsequent Plan of Action to bring the country out of the quagmire of extremism and terrorism. All these contributions could be characterized as "Raza Rabbani model of conflict resolution and democratic transformation” in otherwise a highly divided Pakistani society.

After the successful completion of the implementation process in his first interview, Senator Raza Rabbani spoke to "Pakistani Federalism” and shared his valuable insights. We are pleased to share excerpts of his interview with our readers.

More of the interview in PDF format can be found here. (Click Here)

This interview comes from the Centre for Civic Education Pakistan. More details can be found on their website. (Click Here)