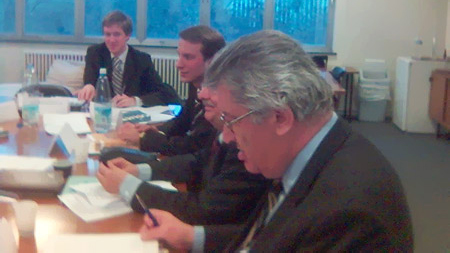 The Forum of Federations recently held a Global Dialogue roundtable in Brussels where participants discussed policy matters central to the issue of federalism and diversity in Belgium.

In particular, participants evaluated the implementation of bicultural policies in the capital city of Brussels. They also discussed how the obligatory civic integration policy, called inburgering arose in the north of the country, while nothing similar is to be found in the south.

Always a thorny issue, participants also grappled with the status and protection of linguistic minorities, as well as the status of so-called ‘new’ minorities created as a result of more recent immigration.

Also debated were issues associated with making the county’s institutions more representative in character. This issue was of particular relevance to Belgium, which at the time of the event, had been without a new government since the general election of 10 June 2007.

However, the matter has since been resolved after a nine-month stalemate. The Canadian Broadcasting Corp. reported on March 18, 2008, that five of the country’s political parties had agreed on a power-sharing arrangement.

The roundtable, was co-coordinated by Professors Frank Delmartino from the Centre for Peace Research and Strategy and Hugues Dumont from the FacultÃ©s Universitaires Saint-Louis, Brussels. It was held Feb. 22, 2008.

The event was well attended by practitioners from the various communities and orders of government. Practitioners of note were :