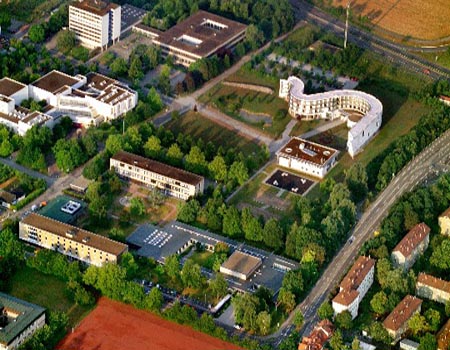 In August 2009, the second stage of federal reform in Germany became effective. The Commission preparing the reform regarded benchmarking as a helpful tool in the modernization of the public administration. It henceforth proposed that a new Article 91d of the Basic Law be adopted to create a constitutional basis for voluntary cooperation between the Federation and the states (LÃ¤nder) on benchmarking in the administration, thus encouraging a willingness to carry out such benchmarking.

Article 91d reads: "The Federation and the LÃ¤nder may, to establish and improve the performance of their administrations, conduct comparative studies and publish the results.”

The Forum in cooperation with the German Research Institute of Administrative Science organized a one-day roundtable to discuss the implications of benchmarking in Germany. At the centre of the workshop which was attended by 80 experts and practitioners was the question, “how much legal or practical impact the new clause has and how it can be implemented?”

Alan Fenna, the Forum’s lead expert on the program set the scene by presenting the main findings of his comparative study on "Benchmarking in Federal Systems”, which focuses on OECD-type federations and the European Union. Prof. Sabine Kuhlmann from the German University of Administrative Science gave an overview of the university’s multi-disciplinary research project on benchmarking.

Benchmarking, so it seems, is now a recognized device of German federalism. The German premiers had decided in December to develop a road-map for implementing a viable federal benchmarking strategy until next summer. Participants of the workshop, however, also discussed the challenges associated with benchmarking, like generating reliable and genuinely indicative data and how outputs can be related to outcomes. The next months will show to what extent progress can be achieved in addressing these challenges.