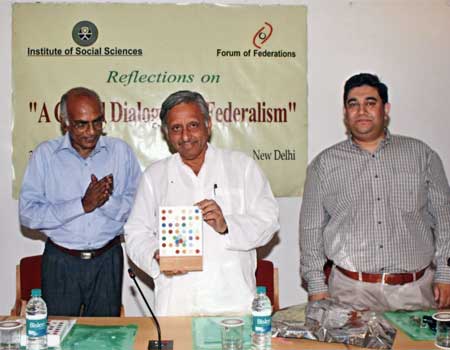 India’s Institute of Social Sciences (ISS) recently hosted a review of the Forum’s Global Dialogue on Federalism series of roundtables and publications in New Delhi. More than 30 federalism experts participated, including past Global Dialogue roundtable co-ordinators and representatives of universities, research institutes, civil society and media.

Participants reflected on how various Global Dialogue themes related to current issues of federalism in India including the concepts of diversity and citizenship, the limited resources of India’s regional governments and the need for intergovernmental relations in India to become more interactive and inclusive.

The event, held on September 3, 2009, concluded with a vote of thanks by Dr. Ash Narain Roy, Associate Director of the ISS.