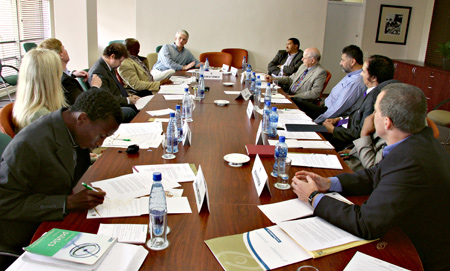 Participants at a Forum roundtable recently debated whether South Africans would be better off with just a national government and the municipalities delivering services and doing away with provincial governments.

Those calling for the abolition of the provincial governments contended that the provinces are an inefficient waste of money and serve only the interests of local political elites and doing little to advance local democracy.

Those roundtable participants supporting the provinces maintained that they play a useful role in balancing political power geographically and ethnically by permitting divergent interest groups across the country to have a stake in the political system. This is the position advanced by the country’s opposition parties in particular.

A general concern was raised that large numbers of the population are not fully aware of precisely how South Africa’s federal state operates, and therefore do not know the responsibilities of the three orders of government and which political leaders are accountable for what services.

It was generally agreed that most people vote for their preferred political party and as a consequence political leaders are generally not held to adhere to their platforms and their campaign promises, as they are in many other federal countries.

It was noted that civil society organizations experienced difficulty in redefining their role after the anti-Apartheid struggle ended this remains the case. As a result civil society in South Africa is weak and unable to moderate or otherwise have much impact on political power held by the ruling party.

There was debate as to whether high levels of protest activity at the community level might represent the emergence of a form of civil society.

Most participants agreed that the development of federal democracy in South Africa is a work in progress and the process is taking considerably longer than first expected.

Questions were posed about the dominance of the ruling party the African National Congress and the fact that there is at times no clear separation of powers between the political party, the government and the government bureaucracy. Others argued that the country is in a phase of transition from the oligarchy of Apartheid to democracy and the eradication of racist and elitist administrative practices requires a strong and interventionist government.