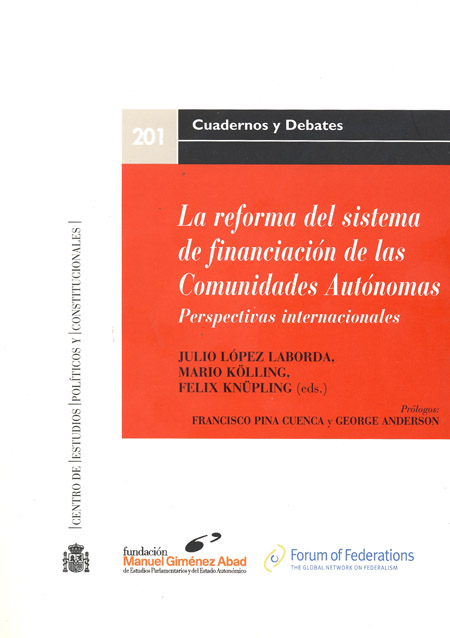 A Spanish publishing house recently published a book on fiscal federalism that was co-edited by Forum staffer Felix KnÃ¼pling.

The 226-page book deals with the reform of the financial relationships between the central government of Spain and its states, called autonomous communities.

The Spanish experiences, including case studies, are compared with recent fiscal federalism reforms in Canada, Germany, Switzerland, Italy and the United Kingdom.

The book flows from an October 2009 event held in Zaragoza. The aim of the conference was to analyze the recent reform processes in Spain and contrast the Spanish debate with similar recent reforms in other mature federations.

The volume was published in June 2010.

The Zaragoza function was co-organized by Forum of Federations and the Gimenez Abad Foundation, with support from the Regional Parliament (Cortes) of Aragon, the University of Zaragoza and the Centre for Constitutional and Political Studies in Madrid.

Mr. KnÃ¼pling is the Forum’s director for Europe.