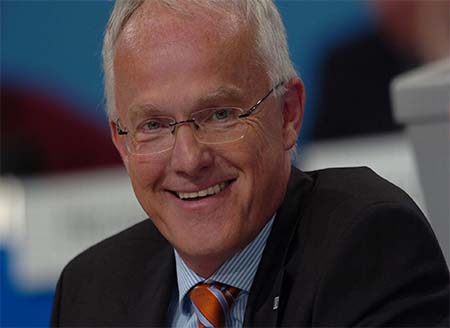 Is the European Union stronger or weaker after the Euro Crisis?
Can the European regions contribute to solving complex issues?

The European project is going through a serious crisis of confidence. Commentary from within and outside the EU questions whether the EU will succeed in mastering the sovereign debt crisis, which has long since acquired a political dimension and is fanning doubts about the very idea of an integrated Europe. To secure the European project in the long term, the EU must restore confidence in the short term. To achieve this, the EU needs a long term perspective stressing Europe’s determination to uphold its interests. It is clear that if Europeans are aware of their objectives, they will be able to tackle this acute crisis more effectively and take the right decisions for themselves in the interest of the global community. The reflections of today’s discussion would like to give some guidelines to this debate.

Some basic questions to be analysed:

What are the main issues with regard to the strength of the EU before the financial crisis?

Are the EU member states able and willing to support each other in the crisis? How has globalisation affected the process of civic engagement? Can the nature of federalism contribute to a stable Europe? What can we learn from each other?

Followed by Questions and Answers

Final Remarks Werner Wnendt, Ambassador of the Federal Republic of Germany to Canada

Please confirm your participation to
Rosanne Beaudoin (Beaudoin@forumfed.org) by Thursday May 30th, 2013