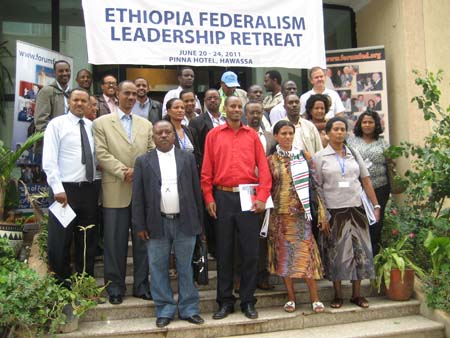 The Forum of Federations conducted a five-day federalism leadership retreat in Hawassa, the capital city of the Ethiopia’s South Nations, Nationalities and Peoples regional state as part of its federalism-conflict-leadership program The event was conducted over 20-24 June and targeted leaders in the regional states of Ethiopia.

Thirty two leaders from key regional government and non-government institutions took part in the event. The participants were drawn from Regional Council of Nationalities, Regional Council of Representatives, Provincial Council of Nationalities, Office of the Regional President, Security and Administration Bureau, Justice Bureau, Youth Association, Oromia-Somali Interregional Program Coordination Unit, Civic Society Association, Mercy Corps-Ethiopia and more; bringing together a cross section of representatives from government and civil society as well as one-third of the participants who were women leaders.

The retreat discussed major subjects related to federalism, conflict management and leadership. As the regional state consists of about fifty six ethno-linguistic groups, who are entitled to self administration at different levels, issues such as management of diversity, questions of identity, culture of tolerance and co-existence were discussed in depth. In particular, how federal system could accommodate diversity and manage conflict between the different ethno-cultural groups was emphasized. 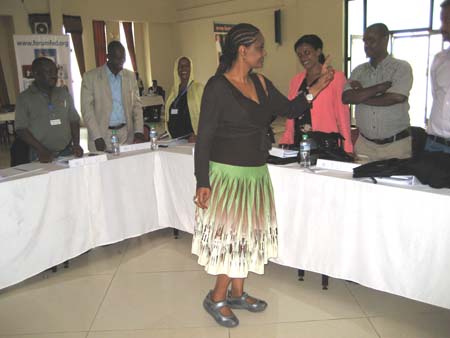 The event was attended by Hon. Lemma Gezime, the Speaker of the Council of Nationalities of the South Regional State. In his opening address, he underscored the importance of such events for leaders of the region to deepen the culture of democracy and learn mechanisms of managing diversity in the region. In this regard, Dr Bertus De Villiers of South Africa/Australia brought into the session relevant international experiences from India and South Africa. Other speakers at the event, Dr Solomon Negussie of Ethiopia, focused on topical issues of federalism and the accommodation of diversity in Ethiopia. Mr. Solomon Taddesse, a famous Ethiopian leadership and communication expert was on hand to offer his perspectives on leadership. Representing the region and the Forum was Mr Dassa Bulcha, Program Director of the Forum’s Ethiopia Office; he outlined the Forum’s ongoing activities in Ethiopia and elsewhere and its contribution to strengthening the country’s federalism and democracy. 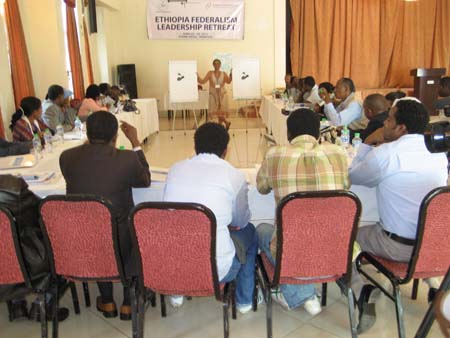