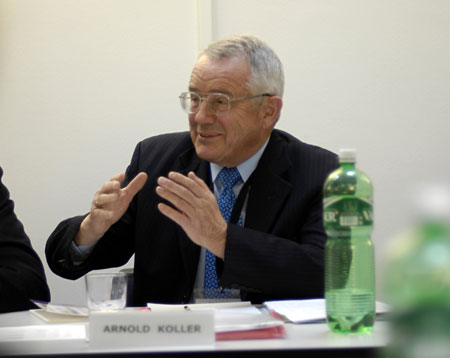 The meeting, part of the Forum’s Global Dialogue on Federalism series, was opened by Dr. Arnold Koller, the former President of Switzerland and the chairman of the Forum.

In a system of direct democracy, citizens have a direct voice in the governance process by way of referendum. In Switzerland, for example, citizens can vote on proposed laws and amendments in national referendums and may also propose new measures. In a representative democracy, by contrast, elected officials vote in elected assemblies on behalf of their constituents.

The most controversial topic discussed at the roundtable was the effectiveness of agreements between cantons and whether these accords should be managed by the federal government. Switzerland is comprised of 26 states or cantons and almost 3,000 municipalities (known as communes) with each canton possessing its own constitution, legislature, government and courts.

The tiered nature of federalism in Switzerland and its effect on intergovernmental relations was the most interesting topic of the day. The federal government assumes more major responsibilities than the other orders of Swiss government, but execution of federal policy is often delegated to the cantons which may in turn delegate it to the communes. The lowest tier of government, therefore, is often tasked with implementation. Local economic areas often do not correspond with cantonal or national borders, presenting further challenges to co-operation, efficiency and legitimacy.

Citing recent reforms and changes to the constitution, the 23 participants agreed that more co-operation between Swiss governments is necessary. One such reform took place in 2003 when the federal government received the power to force co-operation between cantons by obliging cantons to join inter-cantonal agreements. Participants believed that this power could be viewed either as a tool against centralization or as a danger to self-determination, though the power has not yet been exercised by the federal government.

Further co-operation between governments, the participants suggested, may well foster efficiency, expertise and distribution of responsibilities but could also reduce the influence of Swiss citizens and therefore weaken the Swiss federation.

The final remarks at the roundtable were presented by Roland Brogli, the vice-president of the cantonal government of Aargau. He noted the practical importance of the Global Dialogue on Federalism series. 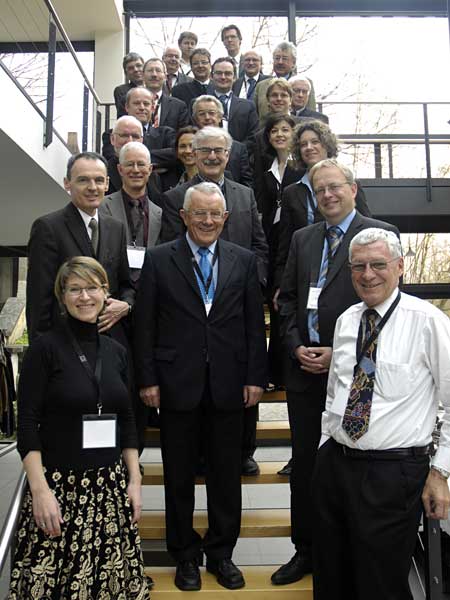 The participants of the Forum’s Global Dialogue roundtable on intergovernmental relations in Switzerland. 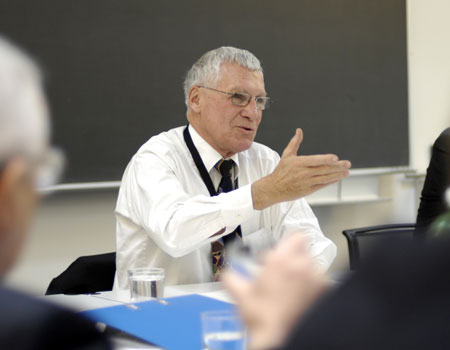