The Forum of Federations, with the support of the Government of Canada’s Fund for Local Initiatives, held a training session on gender and power-sharing in Sana’a, Yemen on February 2-3, 2014. 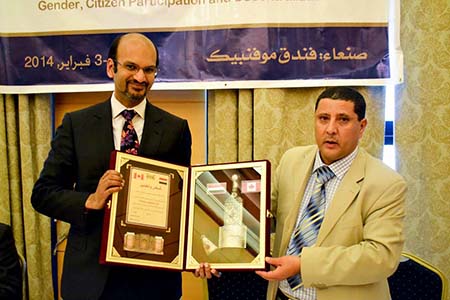 The session examined the opportunities for gender equality in devolved systems of government, including the expanded points of entry for political participation and electoral tools to facilitate increased political representation. The meeting brought together over 30 officials, youth and civil society leaders from throughout Yemen, and was opened by Tawakkol Karman, recipient of the 2011 Nobel Peace Prize.