The Workshop brought together many of the Tunisian legal and constitutional experts on gender.

Women in Tunisia have enjoyed more social freedoms and legal rights than in most other countries in the MENA region and women in Tunisia were at the forefront of the Arab Spring. But the post-revolutionary and transitional period has shown that even when women take an active part in regime overthrow, their ability to maintain the same degree of political activism in the period that follows is largely dependent on underlying historical and institutional contexts. 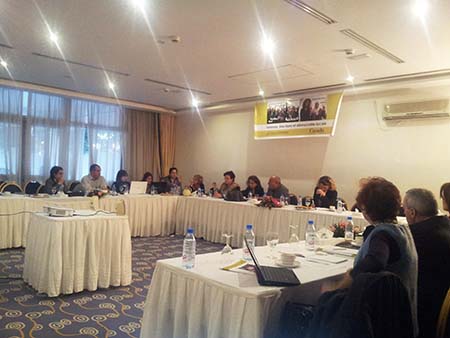 Building on an earlier assessment exercise, the Forum is undertaking focused work on the role of women in Tunisia’s electoral and political process. Two important Workshops supported by the Canadian Department of Foreign Affairs, Trade and Development made significant progress in developing a practical and far reaching agenda on this key theme.

They aimed to increase women’s capacity to participate effectively in the electoral and political process, and enhance the understanding of all on the importance of women’s contribution to the achievement of decentralized state building and the need to enable their full participation. 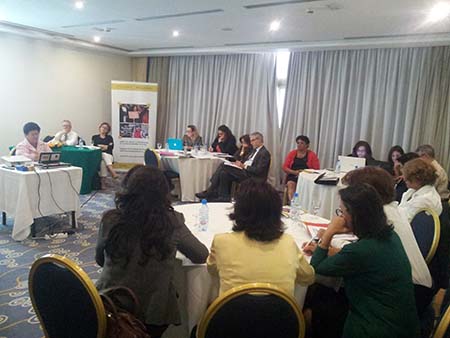 The first Workshop brought together many of the Tunisian legal and constitutional experts on gender, and enabled them to apply their expertise to gender in the constitutional and electoral aspects of the decentralization process, guided by both international and Tunisian presenters. The second concentrated on the local democratic and political process, and brought together a wider range of activists and experts.

The Workshops were coordinated by Leila Haouaoui, and led by Jeremy Smith and Hafidha Chekir.
The Communique from the two Workshops included the following key areas:

At the Constitutional Level:
– Enshrine an approach which focusses on the indivisibility of human rights founded on the universality and interdependence of the rights of both women and men
– Add definitions to key terms in the constitution which relate to gender, and ensure that all concepts and rights enshrined in the constitution fully reflect gender aspects
– Enshrine equality between the sexes in the law as well as in the application of the law
– Ban all kinds of discrimination and especially against aspects of gender or sex
– Encourage a constitutional approach which recognises the political rights of women and enshrines positive action which guarantees real access for women to all aspects of political life
– Entrench parity between the sexes in the constitution and create a requirement to ensure parity in elections
– Give international conventions relating to gender superiority to national law and create an institutional mechanism to ensure the effective application of those international conventions

At the legal level:
– Adopt an electoral law that promotes the participation of women in elected bodies and choose a ballot method which would help the women at the local level
– Provide mechanisms for the implementation of parity in electoral lists through alternating or zipped arrangements for the compensatory seats and a quota of at least 30% of women at the head of the lists

At the political party level:
– Demand that political parties adopt in their programmes policies and measures favourable to women’s access to decision making positions at all levels and especially at the leadership level.
– Encourage political parties to build coalitions which include more women

At the level of civil society:
– Organise awareness campaigns to encourage women to participate in public life and to know their rights, and their crucial role as citizens in the development of democracy
– Organise a consultation with civil society organisations on elections to help guarantee better representation of women at all levels of decision making
– Call for the introduction of a gender dimension in the preparation of reports on elections given that in the report on the elections of October 2011 some data on the vote of women was missing or not dealt with

At the level of local democracy :

– Introduce in the electoral code provisions to provide for elections at all levels of government
– Hold elections for Governors, who are still nominated by the Government
– Adopt the principles of parity and of gender alternates in elections at the local level